From what I’ve seen of Oregon so far, it’s one of the most beautiful states in the country. The South Coast makes for a beautiful road trip and friends tell me that Central and Eastern Oregon are equally stunning. For an easily accessible road trip from Portland, the loop from Willamette Valley out to the Tillamook Coast and back can be done in a long weekend, with no more than a couple hours drive on any given day. 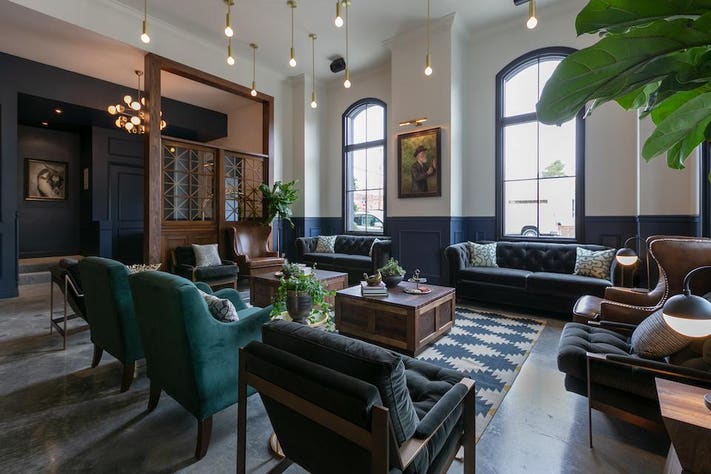 Compared to the congested drive from San Francisco to Napa or Sonoma, which often takes more than two hours, cruising from Portland to McMinnville is a breeze. Check into Atticus Hotel in the heart of Oregon wine country, a great home base for exploring nearby wineries. Up until now, The Allison Inn & Spa was the only luxury lodging in the region.

Atticus Hotel is locally owned and operated; the 36-room boutique property opened in spring 2018 with a community-driven commitment to local sourcing and storytelling. Each room is unique, with hand-printed wallpaper and vintage door knockers complemented by contemporary artwork and furniture. The hipster emphasis on local would almost be annoying if everything weren’t so tastefully curated. From terry Pendleton bathrobes and fir-scented Maak Lab soap in the bathrooms, to the R. Stuart & Co sparkling wine you’re served at check-in, every detail has a strong sense of place. There are even walnuts, hazelnuts and a nutcracker in each guestroom, a playful homage to McMinnville’s early 20th century Walnut Club. 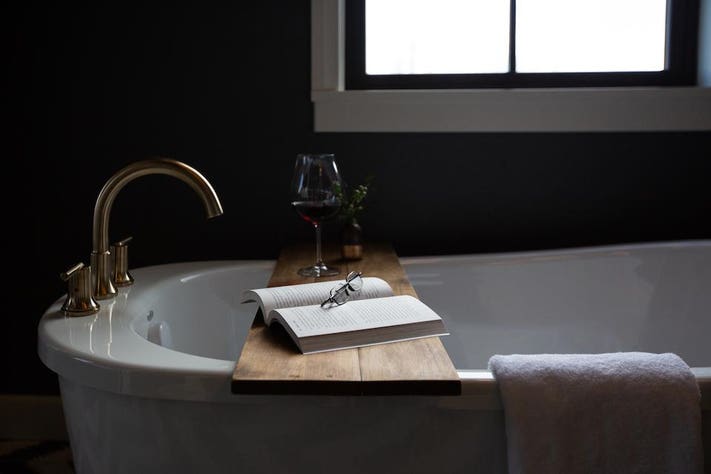 Service at the Atticus is earnest and kind. The drawing room adjacent to the lobby features gold-leafed silhouettes of beloved locals and hosts dailycomplimentary wine tastings. After dropping your bags off, visit McMinnville’s historic granary district for some wine and beer before dinner. Brittan Vineyards has elegant site-specific pinot noirs and winemaker Robert Brittan is a pioneer in the McMinnville AVA, consulting on a number of projects in the Northern Willamette Valley.

For dinner, Thistle is an unassuming local favorite with a small chalkboard menu that changes daily while Red Hills Kitchen in the Atticus Hotel is a more polished second act for the kitchen team behind Red Hills Market in Dundee. There’s not much nightlife to speak of in sleepy McMinnville, so unless you’re keen for a drink at McMenamins Cellar Bar, call it an early night and relax with a pink Himalayan salt and bee pollen soak. 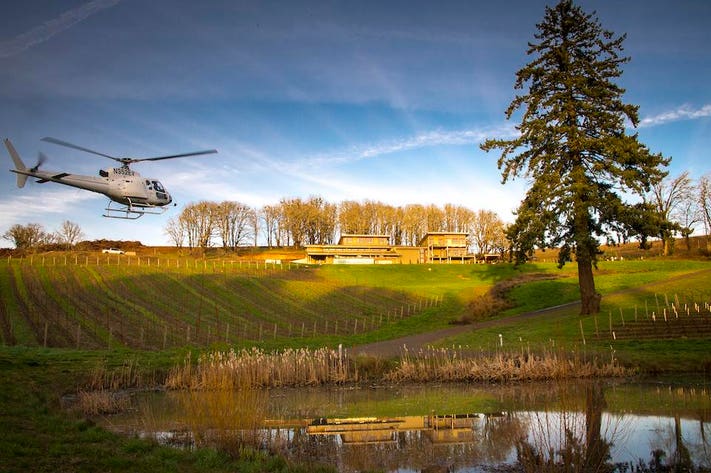 Allow yourself a chance to sleep in – your first appointment is a 10 am helicopter wine tour with Tour DeVine by Heli, just five minutes away. Order a complimentary Flag & Wireespresso drink from reception on your way out. 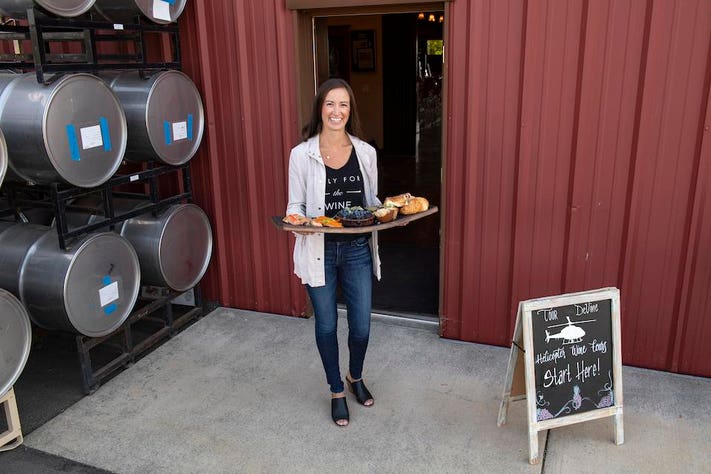 Tour Devine works with 30 different wineries in the Willamette Valley, across McMinnville, Eola-Amity and Chehalem so tours can be customized to fit your wine drinking preferences. Typically, tours run May through October and you can elect for two or three stops. If you’re interested in biodynamic farming and low-impact winemaking, visit Maysara Winery and be sure to try their sparkling rosé, made with 100% pinot noir grapes. Fairsing Vineyard is another great choice, with small-production wines that you won’t find back home. The pinot is excellent, but their flinty, fresh chardonnay is the sleeper hit. Breakfast and a picnic lunch prepared by Red Hills Market is included and the helicopter’s cargo pod fits five cases of wine, so it’s easy to take favorites home. 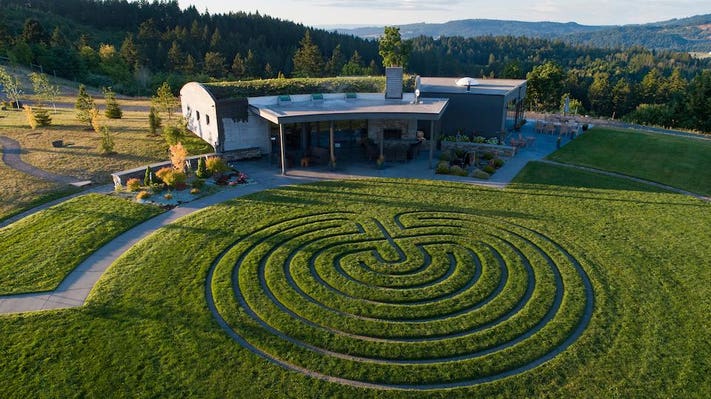 It’s hard to pull yourself away from all the great wine, but eventually you’ll want to head to Oregon’s dramatic coastline for beach hikes, fishing, clamming, crabbing and whale watching. The state’s entire coastline is public and known as The People’s Coast. When Headlands Coastal Lodge & Spa opened in Pacific City in 2018, it was the first luxury resort to open on Oregon’s beachfront in a decade. The 33-room lodge caters to low-key luxury, embracing nature as its biggest asset. All guestrooms have views of the Pacific Ocean and Haystack Rock from private balconies and free-standing bathtubs.Adventure coaches will help you craft the perfect itinerary and take you out surfing, tidepooling, kayaking and horseback riding. 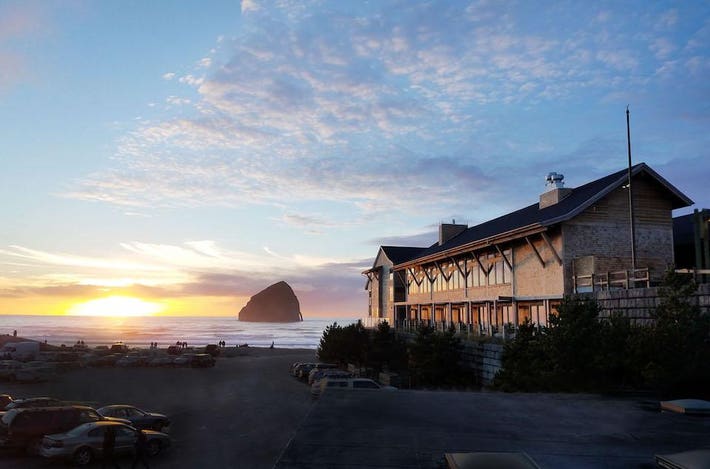 Take a guided hike at Sitka Sedge State Natural Area and marvel at the abundant bird life, meander along the ocean for some leisurely beachcombing or soak up the sunshine with a pint next door at Pelican Brewing Company. Climb the dunes for the best sunset views and work up an appetite for veggie charcuterie, clam linguine and wild chinook salmon at Meridian. If you aren’t ready to turn in after dinner, the friendly Headlands staff will set up a beach bonfire with s’mores. 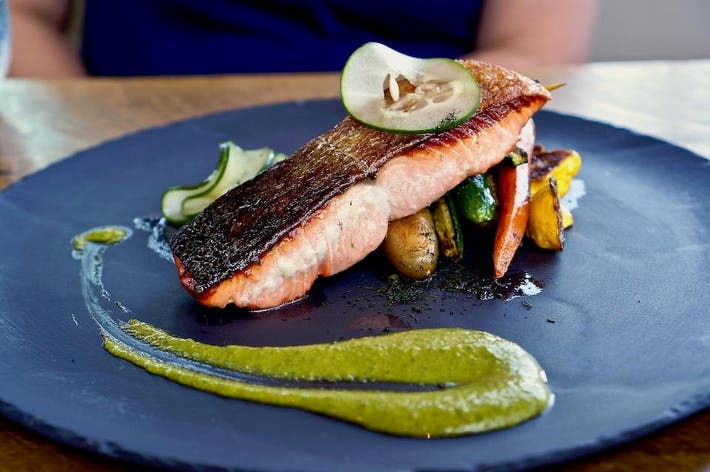 Begin your day with a complimentary yoga class, followed by an invigorating eucalyptus and peppermint leaf massage or nourishing seaweed wrap at the Tidepools Spa. Relax for a spell in the outdoor hot tub with ocean views before heading north along the coast. 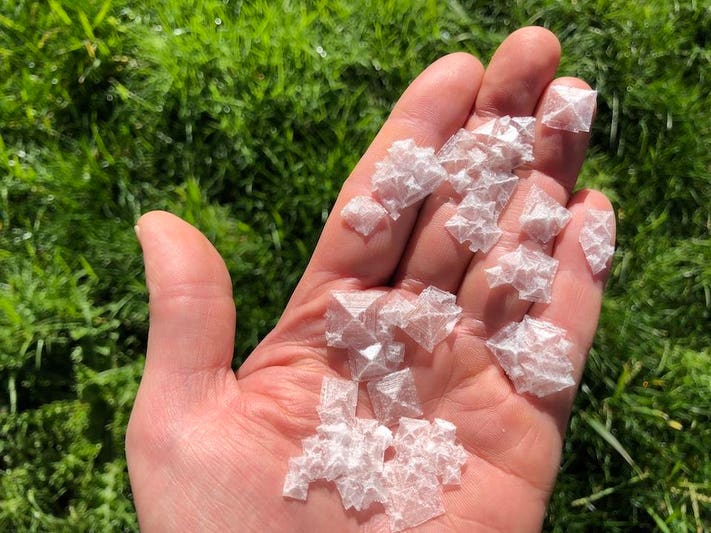 Foodies and home cooks need to stop at Jacobsen Salt Co. in Netarts Bay to sample America’s best sea salt, including up to 20 salt infusions. Although they don’t offer public tours of the salt works, you can get a glimpse of the old oyster plant where the briny bay water is processed. It takes two weeks to go from bay to bag – filtering then simmering the bay water, removing calcium, harvesting salt crystals, dehydrating then hand sifting each flake. 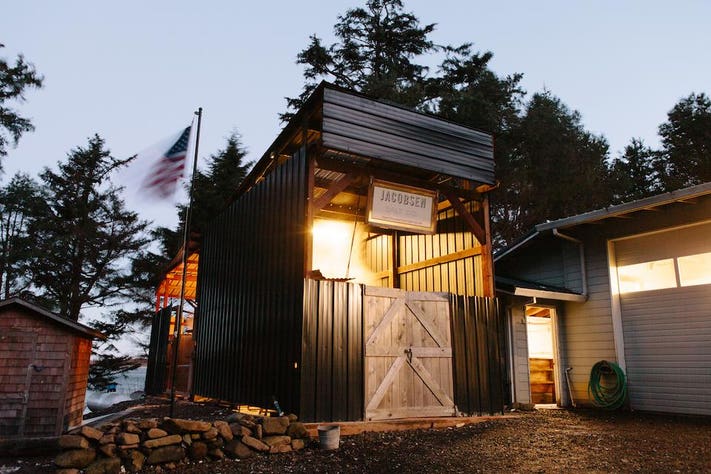 Continue the agritourism when you head inland to Tillamook Creamery. The new cheese factory opened last year, bigger and better than ever, to accommodate more than a million annual visitors. A self-guided cheesemaking tour ends with a bounty of cheese samples along with a full-service restaurant and gift shop. Try the tempura-fried cheese curds followed by a couple generous scoops of Tillamook’s small-batch ice cream.

Before checking in at Stephanie Inn at Cannon Beach, stop by Oswald West State Park Short Sands, where a short walk takes you right down to the beach. Kick off your shoes and feel the sand between your toes as your run down into the ocean. This is a great surf spot too, although you’ll need a wetsuit. 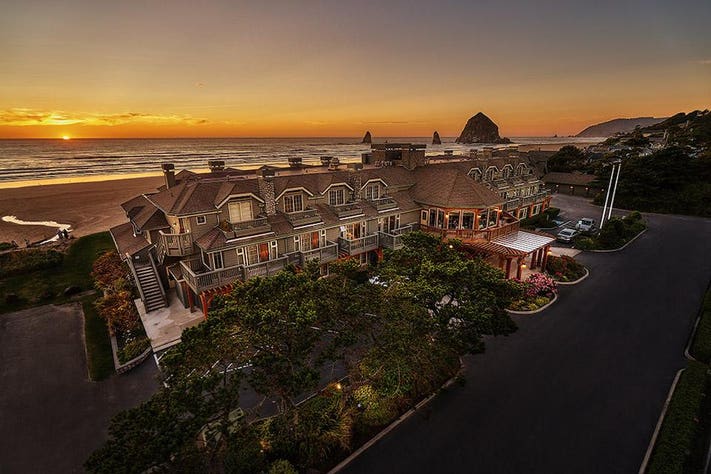 Dinner at the Stephanie Inn Dining Room features some of the most exquisite cuisine on the coast. Executive chef Aaron Bedard loves small town life, and has close relationships with his farmers and fishermen, often foraging, fishing and crabbing on his days off. Dungeness crab stuffed petrale sole is a perennial favorite and his crab cakes are gluten-free, held together with puréed prawns and heavy cream rather than breading. Bedard and his team host complimentary culinary experiences each day including farmer’s market visits, chef cooking demos and mixology classes. End the evening with a nightcap while playing chess or board games in the library. Housemade cordials include limoncello and a riff on Baileys made with Oregon hazelnuts. A soak in your Jacuzzi tub guarantees a good night’s sleep ahead. 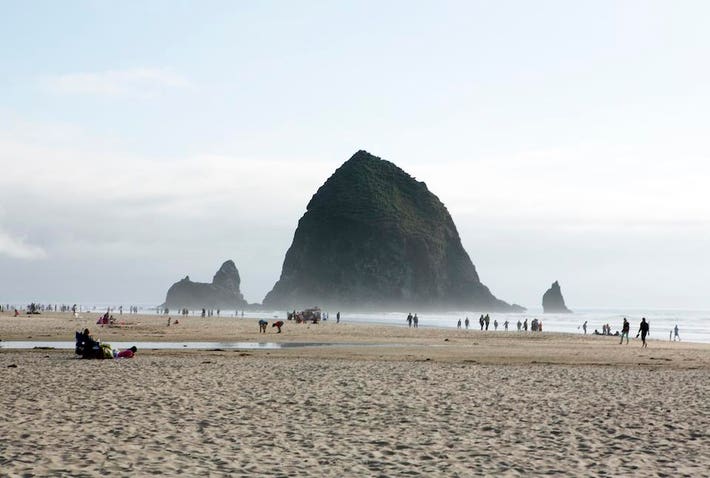 Wake up to stunning views of Haystack Rock from your balcony and try to spot puffins with the binoculars in your room. Get a lift in the Tesla house car downtown for morning yoga at Cannon Beach Yoga Arts Studio or go for one of the beach hikes Adam Sawyer recommends in his 25 Hikes on the Tillamook Coast book. The romantic, easy-going charm at Stephanie Inn makes it hard to check out, but it’s time to head back to Portland. Take a little wander in the quaint boutiques, galleries and cafes downtown on your way out, maybe stopping for a red wine milkshake at Cannon Beach Chocolate Cafe before hitting the road. 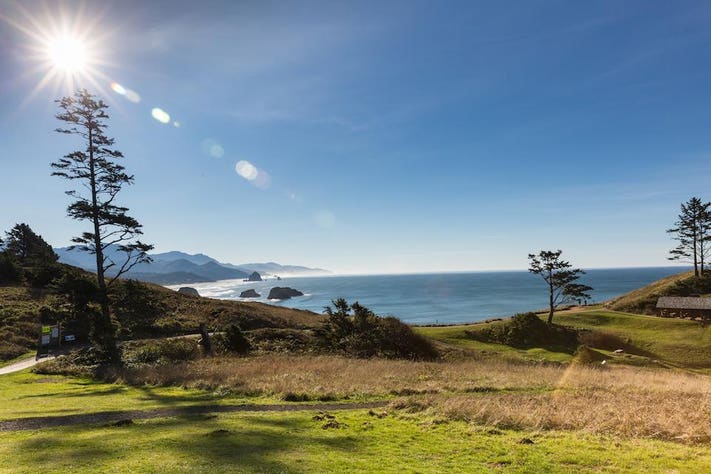 If you’ve time, Ecola State Park is a worthwhile detour, a coastal Sitka spruce forest where the Tillamook tribe used to live, with great sightseeing and a network of hiking trails where you might spot deer, elk, bald eagles or migrating gray whales. Once you reach Portland, drop your bags off at Woodlark, the newest boutique hotel in downtown Portland and one of Provenance Hotels’ best efforts yet, with a simple residential design and luxe finishes. Imogen Cunningham’s botanical prints match the custom leaf-patterned wallpaper and the plant theme continues in the lobby, with Colibri’s small flower shop. 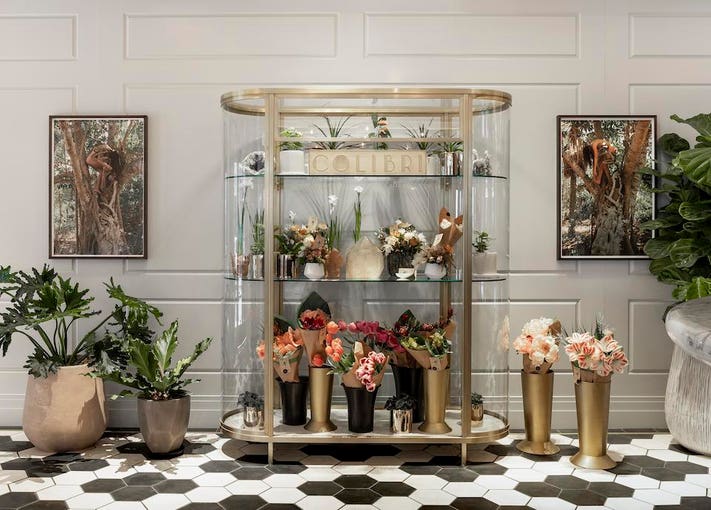 Portland is home to several great bean-to-bar chocolate makers and you can find the best collection of chocolate bars, bonbons and drinks in town at Cacao just a few blocks from Woodlark, including Xocolatl de David and Cloudforest. Spend the afternoon at the world-class Portland Art Museum or the underrated Crystal Springs Rhododendron Garden after stopping for an ice cream cone at Cloud City Ice Cream in Woodstock. 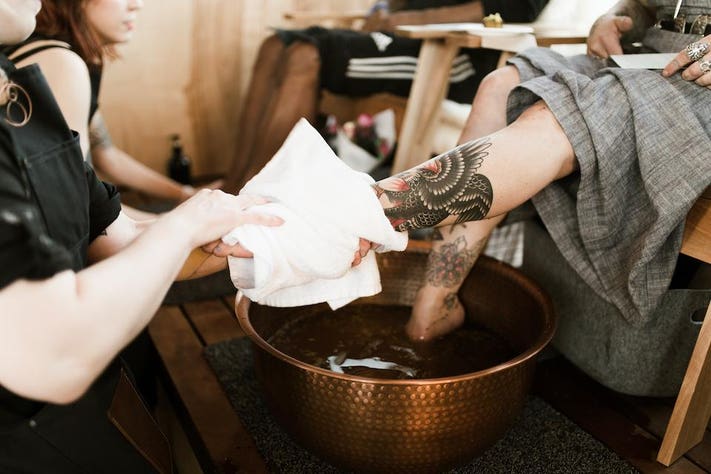 Then treat yourself to an indulgent foot rub after a therapeutic soak at Knot Springs. You can walk to dinner at Le Pigeon from here, still one of the best restaurants in the city, or head to Castagna for chef Justin Woodward’s beguiling tasting menu. To celebrate the restaurant’s 20th anniversary this year, Castagna has launched an abbreviated six-course menu at less than half the price of the grand chef’s tasting, a testament to their progressive and inclusive interpretation of fine dining. So many new restaurants are popping up every week, but these two are most impressive in their consistency and innovation, earning continual national recognition. Chef Gabriel Rucker has a couple of James Beard wins under his belt and Woodward has been nominated five years in a row now for Best Chef Northwest. If my recent meal is any indication, next year could finally be his year for the win. 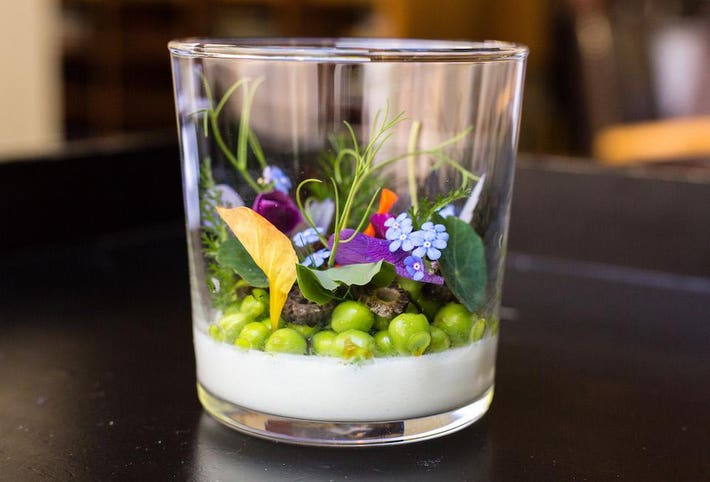 This is merely a four day itinerary, but please feel free to linger. Each destination could easily stretch into a two- or three-night stay and Portland’s dining scene requires at least a solid week to visit all the heavy-hitters. 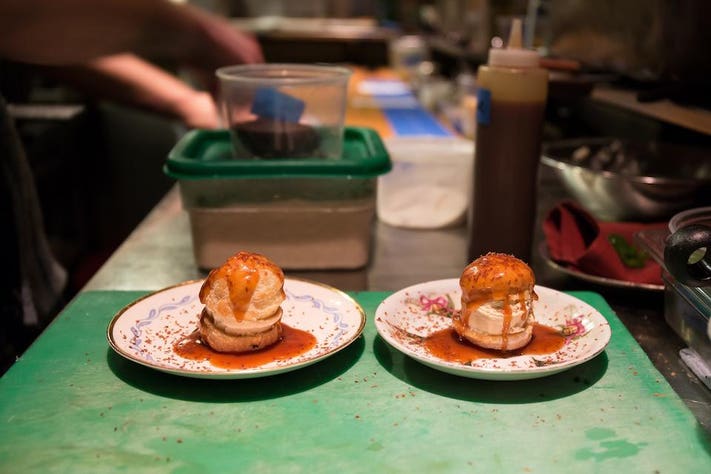